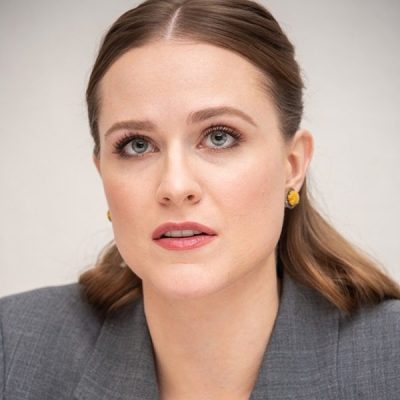 “I was like, ‘What is this feeling?’ And it’s this feeling of being believed,” an emotional Evan Rachel Wood says in the trailer for the two-part documentary Phoenix Rising.

In the film, the Westworld actor and activist takes her experience as a survivor of domestic violence to “pursue justice, heal generational wounds, and reclaim her story”. The documentary follows Evan as she advocates for The Phoenix Act to extend the statute of limitations in California for domestic violence felonies.

On 1 February 2021, Evan revealed on Instagram, “The name of my abuser is Brian Warner, also known as Marilyn Manson.”

According to the 34-year-old, Brian “groomed and abused” her for many years. “I was brainwashed and manipulated into submission,” she wrote.

Phoenix Rising, which is now streaming in South Africa on Showmax, is produced and directed by filmmaker Amy Berg and has a 97% critics rating on Rotten Tomatoes, where the critics’ consensus says, “Evan Rachel Wood is fearless in Phoenix Rising, a harrowing exposé on abuse, tabloid complicity, and the long process of healing.”

The Telegraph called the documentary a “blazingly courageous, necessary watch”, while The Wrap hailed it as “a wake-up call to us all.”

Brian Warner has since sued Wood for “a conspiracy” to “publicly cast” him as a “rapist and abuser,” which, he says, is “ a malicious falsehood that has derailed [his] successful music, TV and film career.”

The film also features a series of animated portraits of Marilyn Manson, which were created for the documentary by South African fashion designer and artist Marc Bouwer, whose work has included Angelina Jolie’s iconic 2004 Oscars gown.